Its been ages since I last went to the island and it felt odd hopping off the ferry at Nelly Bay instead of Picnic bay. Fairly uneventful trip over, ocean was flat as a tack. It appears that tourism on the island has increased a great deal so instead of the occasional tourist and majority of locals there are probably a greater number of tourist now.

Turned out to be a fairly straight forward Marinanet installation. However there were a few issues with the internet side of things that were out of my control.

There was a pre-existing wifi link at the location and we agreed to share the internet supply that was fed by wireless. They supply internet to the backpackers lodge.

So having a wifi link already in place meant that a mast and equipment cabinet was there for me to use. I simply made up the antenna cable and plonked the antenna on the tip of the mast and then shoved the active equipment into the cabinet. Kept everything fairly neat and ended up with a cable run of no more than 2.5m -- double sided tape is quickly becoming my favorite 3M product. The mast needs better staying though, the addition of the waveguide created a greater sail and added top weight; they will organise that at a later date (hopefully before the cyclone season...).

Possible problems that could arise later are the more obvious issues involving the upstream provider -- the current connection is a Westnet business ADSL type which will soon be changing to a wireless link from the mainland with a fibre service behind it. Apart from that there are environmental issues that may need to be addressed. Such issues include the lack of ventilation of the equipment enclosure -- the WRAP became quite warm to the touch after no more than an hours use. This will either require a larger cabinet with vents or some kind of heat shield to insulate the cabinet from direct sun. 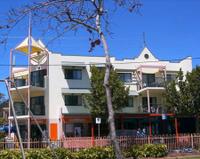 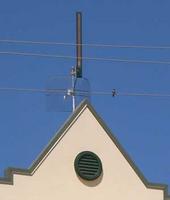 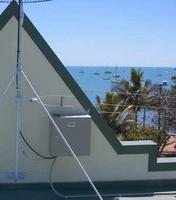 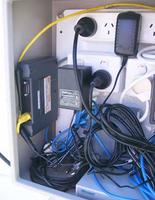 The ferry used to land in picnic bay n00b

Nice reading, I love your content. This is really a fantastic and informative post. Keep it up and if you are looking for Fibre Coverage In My Area then visit Accelerit Premium Fibre